The Earthshot prize's name is a reference to the "Moonshot" ambition of 1960s America, which saw then-President John F Kennedy pledge to get a man on the Moon within a decade.

Each year for the next decade, the prize is awarding £1m each to five projects that are working to find solutions to the planet's environmental problems.

The inaugural winners were selected from five different categories, and were chosen from a shortlist of 15 by judges including broadcaster Sir David Attenborough, actress Cate Blanchett and singer Shakira. 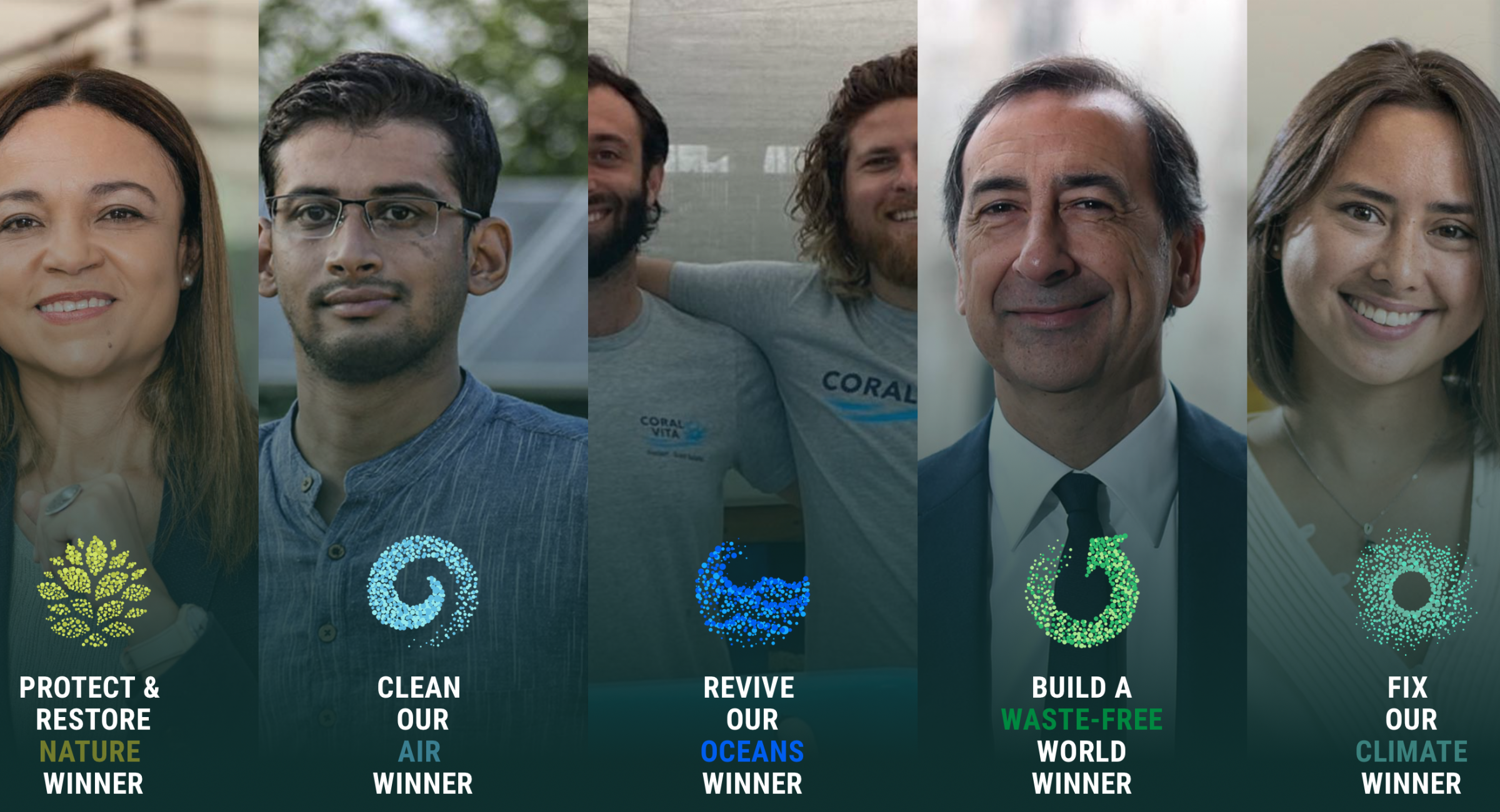 Thankyou to Price William and his vision to protect, save and have our planet thrive by 2030 and reduce global warming to 1.5 ºC per year

This site uses Akismet to reduce spam. Learn how your comment data is processed.

This website uses cookies to improve your experience while you navigate through the website. Out of these cookies, the cookies that are categorized as necessary are stored on your browser as they are essential for the working of basic functionalities of the website. We also use third-party cookies that help us analyze and understand how you use this website. These cookies will be stored in your browser only with your consent. You also have the option to opt-out of these cookies. But opting out of some of these cookies may have an effect on your browsing experience.
Necessary Always Enabled
Necessary cookies are absolutely essential for the website to function properly. This category only includes cookies that ensures basic functionalities and security features of the website. These cookies do not store any personal information.
Non-necessary
Any cookies that may not be particularly necessary for the website to function and is used specifically to collect user personal data via analytics, ads, other embedded contents are termed as non-necessary cookies. It is mandatory to procure user consent prior to running these cookies on your website.
SAVE & ACCEPT